Twilio SendGrid API keys are 69 characters long. We are unable to make exceptions for third-party infrastructure that is unable to support a key of 69 characters.

Your application, mail client, or website can all use API (Application Programming Interface) keys to authenticate access to SendGrid services. They are the preferred alternative to using a username and password because you can revoke an API key at any time without having to change your username and password. We suggest that you use API keys for connecting to all of SendGrid’s services.

There are 3 different types of API keys:

We require that you create a separate API key for making billing-related API calls. This segmentation adds an extra level of security by giving you more control over who has access to the various areas of your account.

When viewing the API keys page, you will see a list of your current API keys along with the following information:

Name - The name you defined for your API key.

API Key ID - The way you would reference your API key for management through the API (e.g. editing or deleting a key).

Action - Actions you can perform on your API keys, such as editing or deleting the key.

You will only be shown your API key one time. Please store it somewhere safe as we will not be able to retrieve or restore it.

There is a limit of 100 API Keys per account.

Storing an API key in an environment variable

Twilio SendGrid recommends storing your API key in an environment variable or a config file that is not stored in version control.

Once you assign your API key to an environment variable, you can then tell your program to look for and use that variable. Another benefit of this approach is the ability to set API keys with different permissions in different environments such as development, staging, and production without changing the code you deploy to those environments.

The examples below show how to store your key in a variable named SENDGRID_API_KEY. You can find additional examples in the Twilio Documentation.

To store your SendGrid API key, open your terminal or command prompt and add the following:

To then access the variable, you can use the convention provided by your coding language.

Click the action menu in the same row as the key you would like to edit. From here you can delete a key, making it completely inactive, or you can edit your key’s name and permissions.

Once you delete a key, it can no longer be used to access SendGrid’s services.

Click the action menu in the same row as the key you want to delete. Select Delete. This will delete the key permanently, making it inactive. SendGrid will reject any subsequent API calls using this deleted API key.

Replacing an old API key with a new one

You may not give an API key greater permissions than you currently have.

You can test your newly created API key using cURL:

Look for a 202 Accepted in the HTTP response headers.

Do you want expert help to get your email program started on the right foot?

Save time and feel confident you are set up for long-term success with Email Implementation. Our experts will work as an extension of your team to ensure your email program is correctly set up and delivering value for your business. 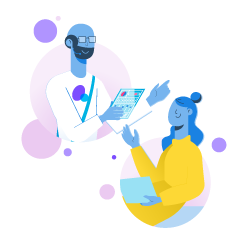 We all do sometimes. Get help now from the Twilio SendGrid Support Team.

Running into a coding hurdle? Lean on the wisdom of the crowd by browsing the SendGrid tag on Stack Overflow or visiting Twilio's Stack Overflow Collective.

Thanks for your feedback!